Instagram has grown from a simple photo sharing platform to a savvy e-commerce essential for businesses. And with changing algorithms, what worked a few years ago isn’t the best strategy moving forward in 2020. We’re here to help! We’ve gathered some useful tips and tricks to help you grow your business and personal pages on the ‘gram. 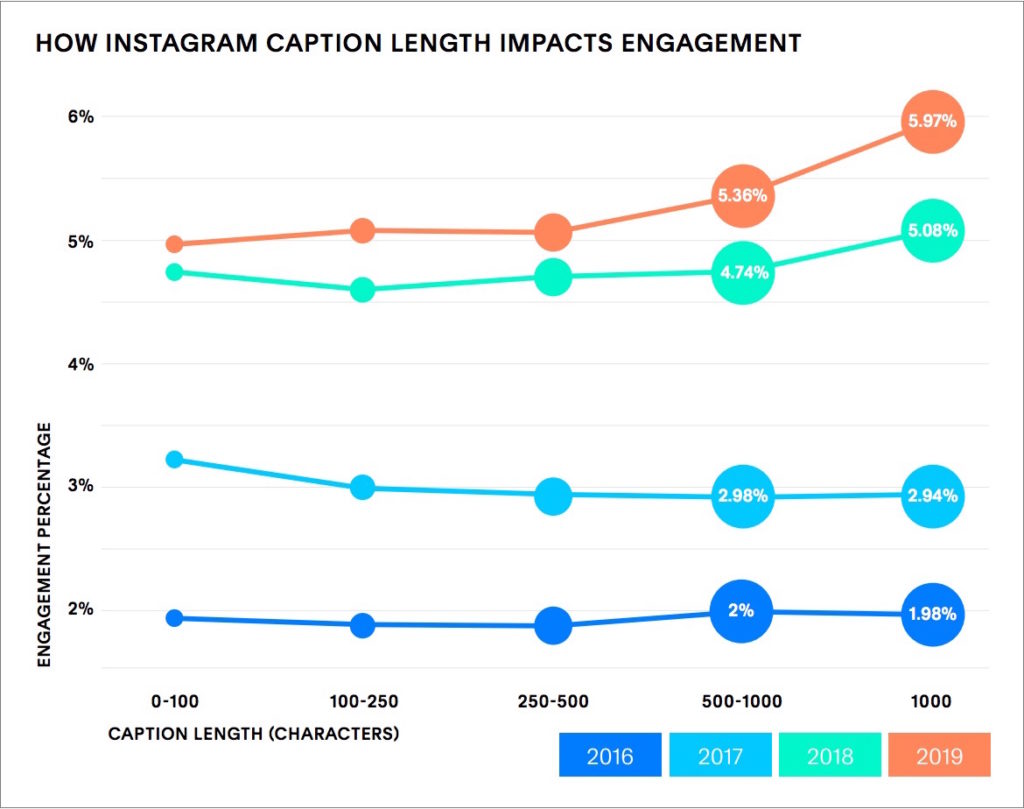 While the Kardashians can get away with  just one word or an emoji, statistics show that longer captions perform better than shorter ones. IG users are inundated with content all day long, so in comparison, very descriptive captions a la “micro-blogging” convey authenticity and genuine storytelling. According to Later, the optimal caption length is 405 characters, or between 65-70 words (see the above chart for data on how this can also improve your engagement). Interestingly enough, this length has doubled since 2016! Longer captions also give you more of an opportunity to talk about your brand and business; get personal and think of ways your audience will relate to you. A helpful tip is to write your caption first, and then find the photo to go with it second. Rather than sharing a photo from your recent travels with a caption about how much fun you’re having, think of it as the opportunity to share travel safety tips, hot spots to go visit if you’re ever there or things you’ve learned on your journey. And don’t forget to utilize the 30 hashtags; Instagram’s hashtag analytics also make it easier than ever to track which ones you’re using perform the best. According to Later,which took data from 12 million posts, the best time to post is between 6 am to 8 am PST (though, this is a general rule; you can find the best times to post to your account specifically by analyzing the data on your Insights tab).

#2: Post Only Your Best Posts (Until Likes Are Eliminated)

It seems intuitive that the more you post, the higher your impressions and engagement will be; but that’s not the case. With so much competition for views on Instagram and an algorithm making it harder for pages to get discovered, less really is more. Top influencers on average are expected to post on their grid only two times per week in 2020, according to Later. This means share more in your Stories and curate your feed. Recently Instagram rolled out its tests around the world of hiding likes in countries like Canada and Australia, so this strategy will need to change in the near future. With less pressure to get more likes, influencers will likely start posting more as a result. It’s highly probable that all likes will disappear from the platform by the end of 2020.

With higher-quality video capabilities on each new iPhone roll-out, video content is quickly taking over traditional photo posts. And these don’t have to be a big production. Try swapping out more photos for videos between 3-10 seconds long, and test how it affects your engagement. With platforms like TikTok on the rise (it was the third most downloaded app last year), which pride themselves on its users creating more raw, real content, authenticity is everything. Instagram’s recent Spark AR feature is also encouraging creators to use and make their own filters, causing certain ones like the “Which Disney Character Are You?” filter to go viral. While the general trend is posting less on your feed, you should be posting more on your Stories.

With last year’s launch of Checkout and Shopping from Creators in beta testing, Instagram is encouraging users to stay within its platform to shop items from brands. In a surprising turn of events, Instagram also announced at the close of 2019 about a new platform called Facebook’s Brand Collabs Manager, with the goal of connecting creators (who are interested in making sponsored content) with brands of all sizes. This will mean big things for the world of influencer marketing, which will now be more data and conversion-driven. 2020 will also be the year of nano-influencers. The use of micro-influencers for sponsored posts, those with between 10k-100k followers, saw huge growth last year; but this year, nano-influencers (those with about 20k or less) will have a major moment. 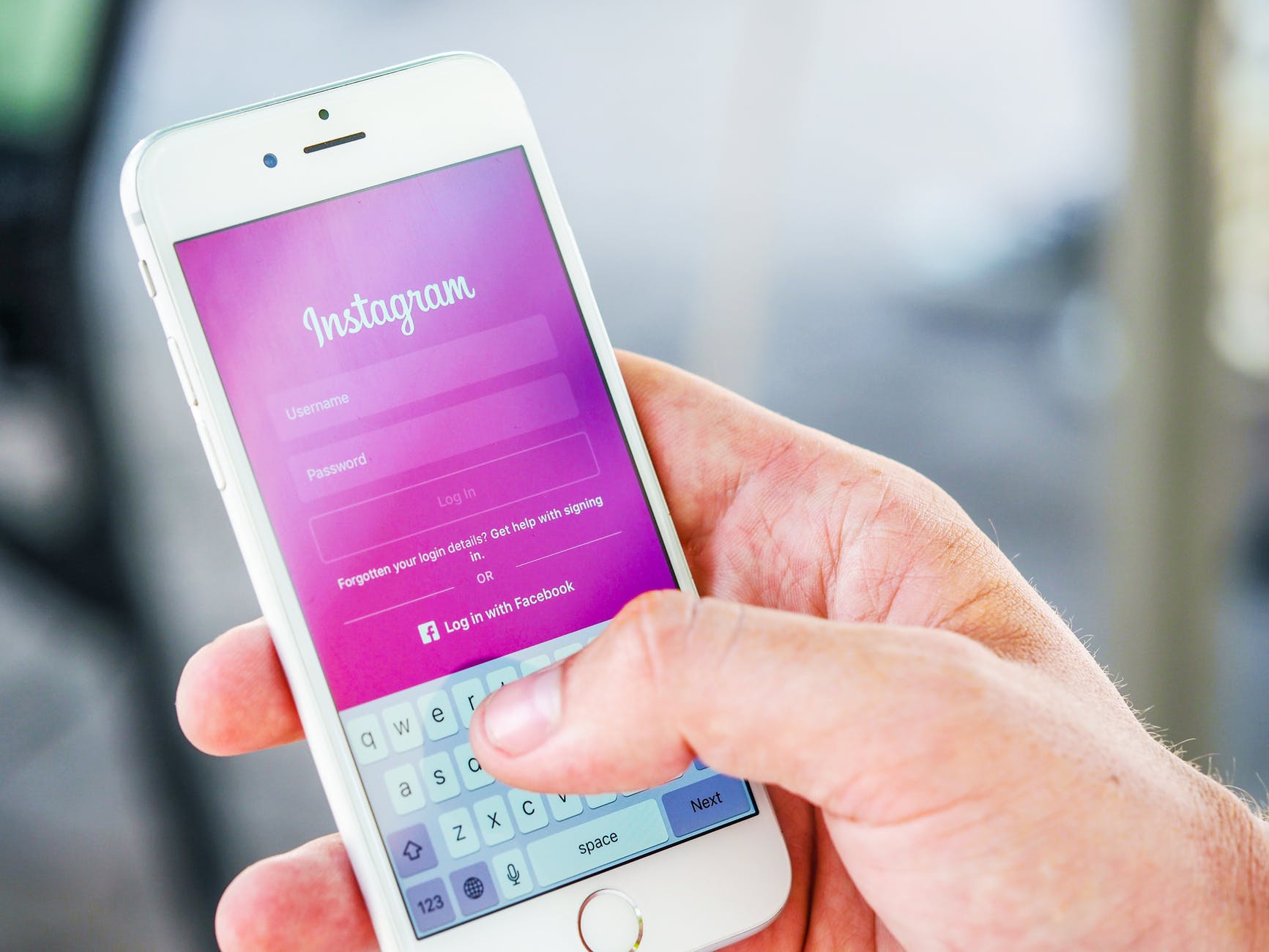 Last year, Instagram introduced IGTV Series, which lets users categorize their IGTV videos onto a separate page to help organize content not displayed in the order you’d like people to view them in. Subscribers to your channel can also get notifications when you upload a video, a feature YouTube has as well. It’s important to shift your focus from Instagram Live (let’s face it, that never really took off) to IGTVs with a preview on your page. #imaneditour