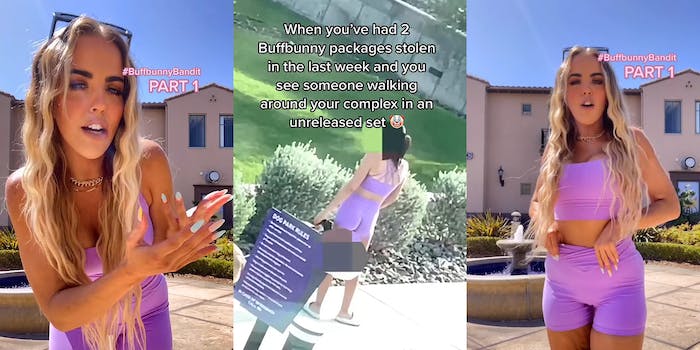 The #Buffbunnybandit hashtag is making waves on social media and online! Editour influencer @wokeuplikedez, who has over 665k followers on TikTok, went viral recently after a series of her Buffbunny PR packages got stolen. Making the best out of sticky situation, Desiree Mize decided to take to social media and to take things into her own hands. After spotting someone in her apartment complex wearing the exact unreleased Buffbunny set she had been patiently waiting for, she knew this mystery woman (who lived across the hall) was THE culprit she was looking for. 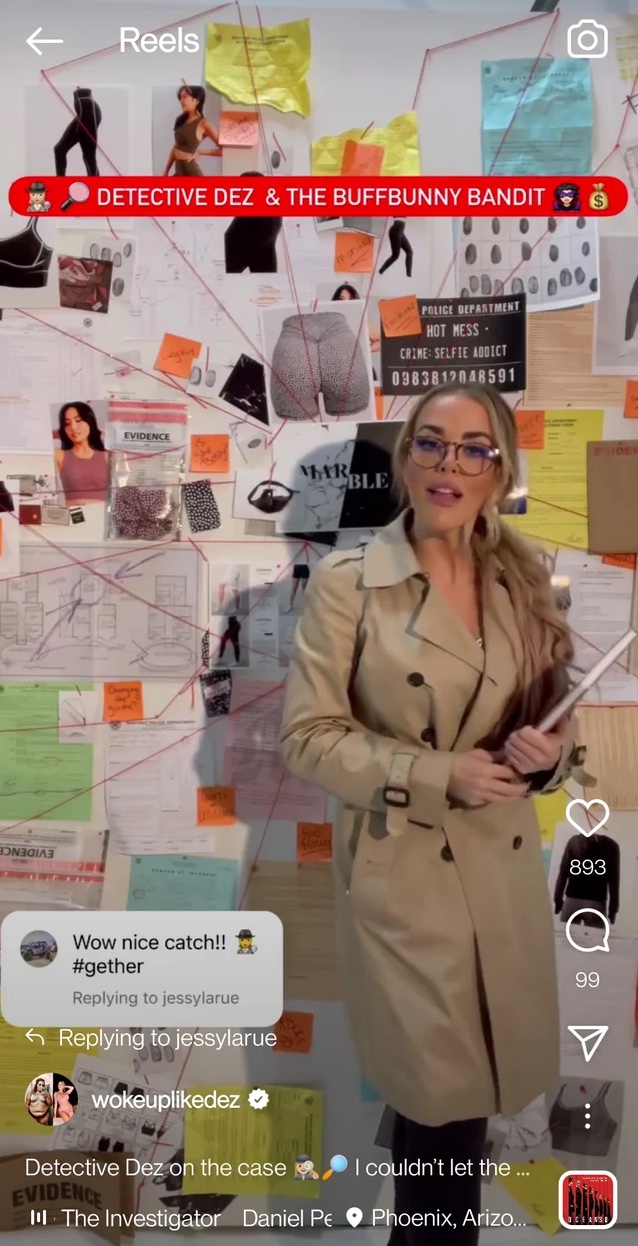 The original video on TikTok has now amassed over 10.9 million views. But, the story was just getting started! In a six-part series detailing the chronology of events, Desiree tells the entire story of how she spoke back and forth with the team at Buffbunny to send alternate PR packages to replace her stolen goods and in the meantime Desiree, her sister and her boyfriend were continuously on the prowl to try to catch the nabber in action.

Desiree filed a police report, but the cops told her that unless the culprit confessed to the crimes, there was little that could be done. After doing constant, consistent sleuthing with a Ring camera (shoutout to Ring for sending her a security camera to use) to catch the culprit coming home, the cops were able to confront the bandit and got a confession out of her! The criminal was charged and 20 of the stolen items from at least 2 separate packages were returned.

This story, unlike many involving theft, has a happy ending. Desiree’s series of videos went viral, and her naughty neighbor won’t be stealing more from her or others any time soon (let’s hope).

The story has also amassed a lot of attention online, including from news outlets like Daily Dot. There’s even a subreddit dedicated to the series. While some commenters suspected this to be a PR stunt, it’s safe to say Desiree was instead making the best out of a bad situation and used her influencer platform to catch a felon.

Until the next true crime series on Netflix nabs our attention, in this case, it’s our detective Desiree that stole our hearts (and the show). #imaneditour